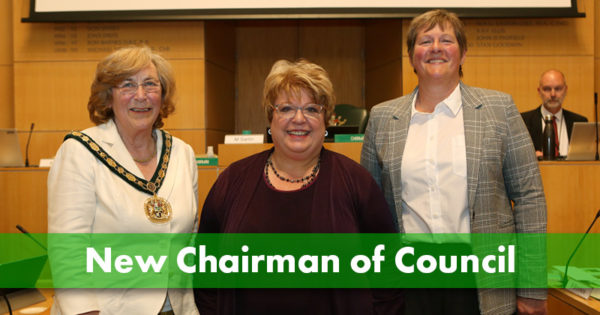 Councillor Mary Sartin has been returned as Chairman of Epping Forest District Council.

It is the second nomination for Councillor Sartin who previously served as chairman of council in 2013/14. Councillor Darshan Sunger is the Council’s new Vice-Chairman.

Thanking her husband and fellow councillor, Sam Kane for his support, councillor Kane then thanked fellow members from the bottom of her heart, for putting their faith in her for the previous two years.

Fellow councillors lined up to congratulate Councillor Kane, highlighting her exceptional work on behalf of the council and its residents. Speaking on behalf of the Conservative group, Councillor Chris Whitbread was effusive in his praise for councillor Kane’s stewardship of the council through a period of exceptional change. Councillor Jon Whitehouse for the Liberal Democratic Group and Councillor Rose Brooks for Loughton Residents Association added their congratulations, followed by independent councillor Stephen Murray and Chief Executive Georgina Blakemore.

It was with delight that Councillor Kane then presented Councillor Stephen Murray with a token of the council’s appreciation on his re-election to the council after entering his 40th year of service. 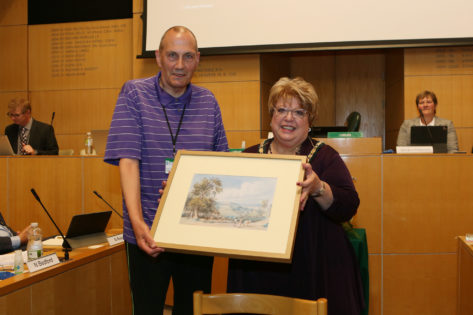 Councillor Kane will not be idle next year. Later in the meeting she was appointed chairman of the Overview and Scrutiny Committee.

Nominations were then proposed for Councillor Darshan Sunger and Councillor Janet Whitehouse for the role of Vice-Chairman. Councillor Sunger was duly appointed.

Thanking councillors for their faith in her, Councillor Sartin outlined the serious work facing the council including support for residents as the cost of living crisis bites over the next 12 months. Councillor Sartin’s Chairman’s Charities for 2022/23 will be St Clare Hospice at Hastingwood and the Essex and Herts Air-Ambulance based at North Weald. 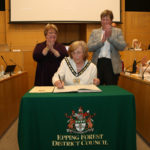 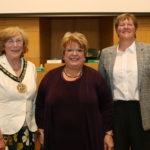 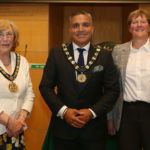 Darshan Sunger’s nomination for Vice-Chairman means some reallocation of cabinet responsibilities. Council Leader Chris Whitbread has also taken the opportunity to increase his cabinet with the addition of Councillor Alan Lion and Councillor Ken Williamson to his team.

Other key appointments at Annual Council