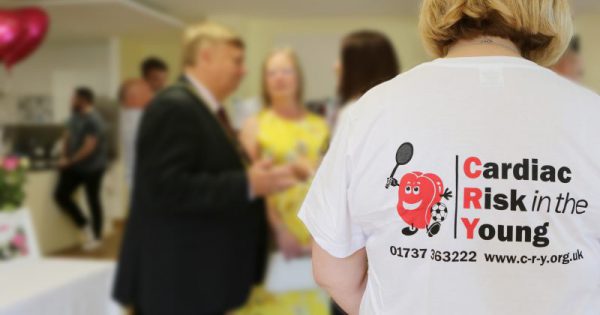 A Cardiac risk event screened 214 young people for heart abnormalities and provided what could be life-saving referrals in June this year. The Council funded event was organised by Della Tudisca in memory of her daughter Issy, who passed away from an undiagnosed heart condition. 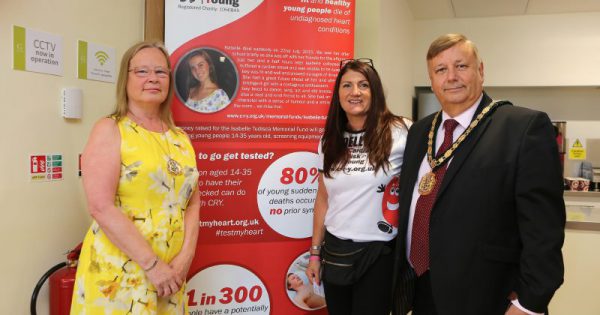 Della Tudisca continued her amazing work by running her sixth Cardiac Risk in the Young screening event on the weekend of the 29 and 30 June, in memory of her daughter Issy.

The event screened an impressive 214 local young people aged between 14 and 35 for any undiagnosed heart anomalies and referred them on to specialist support where needed.

In total to date over 1,350 young people have been screened thanks to Della’s continued fund raising and organisation of screening events – quite literally saving the lives of young people who have an undiagnosed heart condition. Della has also run the London Marathon and completed the south cost 100km challenge in 24 hours for the Cardiac Risk in the Young charity and their work nationally.

The day was supported by a number of Councillors and serving Cabinet Members alongside Chairman of Council Richard Bassett and Vice Chairman Councillor Helen Kane.

The Grange Farm Trust and Colebrook Royals Football Club also offered their support by offering a venue and volunteers to facilitate the event.

Grange Farm Deputy Site Manager Tom Hyde who had his first screening on the day said: “The screening are vital to both young people and their families to prevent tragedies. I’m surprised that something so simple that can save countless lives is not mandatory in schools. I found the process of undertaking the screening very relaxing and thanks to the professionalism and reassurance from the CRY Staff.”