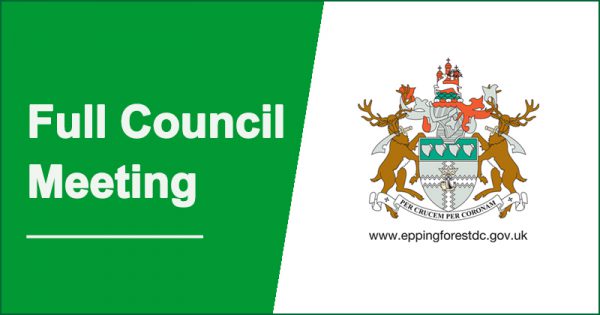 At Thursday’s Council meeting, Councillors discussed funding for Ninefields estate; the next stage of the Council Tax energy rebate, and congratulated members of the district.

Congratulations were given to the young people of the district who recently received a Jack Petchey Award. The chairman was privileged to present awards to the winners at a ceremony in July.

The Council has recently received funding from the Government to improve the safety and wellbeing of the community at Ninefields, Waltham Abbey.

EFDC worked with Essex PFCC Roger Hirst to put the funding bid together. The Council will continue to work with the Police, Fire and Crime Commissioner and residents of the estate to decide how the funding will be spent.

It was announced that the main Government scheme for the council tax energy rebate has been completed by Epping Forest District Council over 10 weeks ahead of schedule.

Over £4 million has been paid out to nearly 32,000 residents eligible for the rebate.

The next step of the programme – the Discretionary Scheme – is in its early stages, with residents who receive Local Council Tax Support being contacted by letter with information on how they can apply.

It was agreed that Cllr Helen Kane and Cllr Chidi Nweke will serve 2 years as trustees on the Epping Forest Community and Culture Trust. The trust was set up to complement and support the work of the Council to deliver a diverse, vibrant offer of cultural and community engagement that is accessible to all.