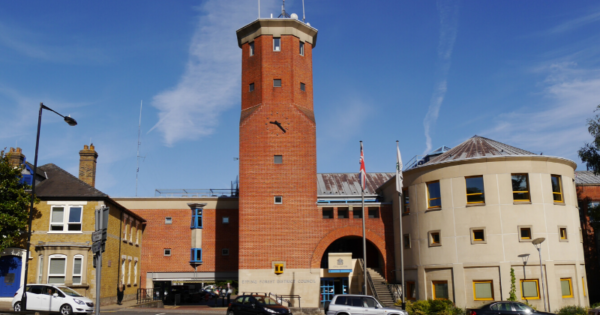 Councillors call for false claims video to be taken down

District councillors have reported a video to the police and are calling on local residents to support a campaign to have You Tube remove it from the internet.

Councillors have acted strongly to rebut false claims about the use of the Bell Hotel in Epping. Several councillors have complained directly to Essex Police about a video as well as asking You Tube to take it down as a breach of the social media channel’s own policies.

You Tube’s website says: “Hate speech is not allowed on YouTube. We remove content promoting violence or hatred against individuals or groups based on any of the following attributes:

“If you find content that violates this policy, please report it. Instructions for reporting violations of our Community Guidelines are available here. If you’ve found multiple videos or comments that you would like to report, you can report the channel.”

I was disgusted by the video, which I believe is deplorable. The video is factually incorrect and inflammatory.

Special arrangements have been made as part of the Covid-19 lockdown for some temporary accommodation of people in need at the Bell Hotel. Services of the hotel were procured by the Home Office and are entirely at its expense. The vulnerable people being cared for are receiving three square meals a day and lodgings until the lifting of the Covid-19 restrictions allow their cases to be processed.  Despite accusations in the video there have been no spikes in local crime levels. As asylum seekers, they are not illegal immigrants and are deserving of our sympathy, not false accusations to raise tension with local people.

I reported the video to the police as soon as I saw it, but I am sad to say there will be people who choose to believe it. However, I believe the vast majority of our residents are fair-minded and willing to look at the facts. You Tube has policies to prevent or take down such videos but they may only act when they receive complaints. If you agree, you can help by contacting You Tube and calling for the video to be taken down while the police carry out a proper investigation.”

3Food4U has labelled the video ‘Fake News’ and reported it to the police as a hate crime.

The Loughton Club do act as a collection point to receive kind and generous public donations. They are all used at our twice weekly Waltham Abbey Town Hall sessions in which we are offering free food, home essentials, clothes, toys and more without assessment or referral to anyone that needs it.

None of the items donated to us including food goes to the Bell Hotel. We have been approached by individuals wanting to support the vulnerable people temporally living at the Bell Hotel and have asked people to speak to the Hotel directly.

It is sad that such a well-supported and much needed community hub is being politicised above the wellbeing of the community.