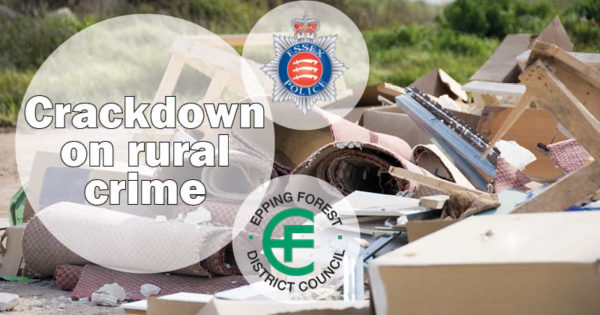 Twenty vehicles were stopped during the operation.

Rural fly tipping is a blight on the countryside, and costs landowners across the East of England on average £1000 per incident. Essex County Council tax payers pay over £1 million a year to clear fly tipping from the Highway and other Council-owned land.

Our Environmental Enforcement Team will continue to take action, where appropriate, in conjunction with partner organisations, to ensure that waste is removed by licensed waste carriers and disposed of responsibly.

How you can help

Residents and business can help by ensuring that they: