The 12 two and three-bedroom homes were built on a former garage site and named in honour of one of North Weald’s greatest community supporters.

His widow Shirley cut the ribbon as guest of honour, along with Housing cabinet member Holly Whitbread and some of the residents now living in the houses. 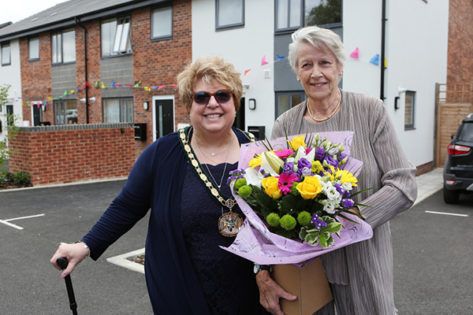 Clr Helen Kane, Chairman of the Council and Shirley Hawkins 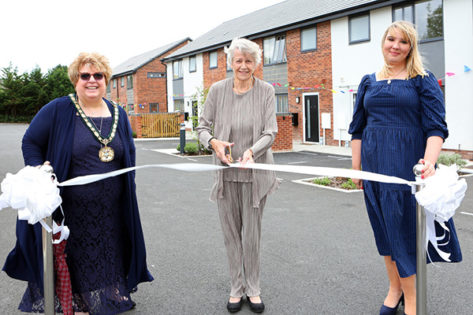 Clr Helen Kane, Chairman of the Council and Cllr Holly Whitbread beside Shirley Hawkins as she cuts the ribbon

The new development forms part of Phase 3 of the Council’s housebuilding programme which aims to provide around 300 new affordable rented homes by 2024. These homes will supplement the existing stock of around 6500 properties and help house some of the 1,500 people living within the district and waiting for a home on the housing register.

All of the homes are energy-efficient and meet the government’s decent homes standards.

Under future phases, more new properties will be built in Loughton, Buckhurst Hill, and Waltham Abbey, with planning permission already granted for many of these.