Epping Forest District Council has set its budget and frozen its share of Council Tax again.

Residents of an average Band D property will continue to pay only £152.46 to the district council for another year.

Epping Forest District Council has only increased its Council Tax once since 2010 and has the second lowest in Essex. The announcement came against a background of Council Tax increases by the County Council, Police, Fire, Town and Parish authorities.

Customers at the heart of all we do

He said: “We put our residents and customers at the heart of all we do. We are an ambitious council working in difficult times. We have laid the foundations over many years of a strong, innovative organisation. We have frozen our share of Council Tax once again while still moving forward with an ambitious programme of service enhancement and investment. We have delivered new council houses across the district, a brand-new leisure centre for Waltham Abbey and major investment in other centres at Loughton, Ongar and Epping.

“More, much needed council houses for local families are in the pipeline. Another new leisure centre along with more housing, retail and a cinema is to be built as part of the redevelopment of St John’s Road, Epping. We are modernising our office accommodation and ways of working at the Civic Offices in Epping, Oakwood Hill (Loughton) and new offices to be built at North Weald. And we are pumping up to £1.5 million of government money into the local economy by way of discounts to high street retailers.”

Councillor Whitbread added: “We are accelerating. The rate of change since the appointment of Derek Macnab as acting chief executive has by any measure been impressive. Aided by Georgina Blakemore who joined us last summer, we have pushed forward on all fronts. The confirmation of Georgina as our new chief executive following Derek’s retirement in May will consolidate our progress and sets us up well for the challenges ahead.”

“With the good business rate news for local high streets, this budget and Council Tax reflect our ambition for the future, confidence in our staff, and pride in our district. It is the budget, Council Tax and direction of travel our residents want and our local businesses need.”

Epping Forest District Council sets its own budget and Council Tax. It also collects the Council Tax on behalf of other organisations.

Residents will also find their Parish or Town Council payment may have gone up, stayed the same or gone down depending on where they live.

Councillor Chris Whitbread said: “Local government finance is complicated. Many people will be confused by the fact that we have frozen our Council Tax and yet send out higher bills than last year. That’s because we collect the extra charges for other organisations even though our share has not changed. I congratulate those town and parish councils like us that have also been able to freeze or even lower their part of the bill.”

Rent paid by thousands of Epping Forest District Council tenants is also set to reduce by one percent in line with national guidelines. The average rent now stands at £94.61 per week.

On an important night, Epping Forest District Council followed the setting of the Council Tax with the formal appointment of its new chief executive. Georgina Blakemore received the unanimous approval of Full Council following the recommendation of a cross-party selection panel. Georgina, who joined the council as strategic director in August, will succeed acting chief executive Derek Macnab on his retirement. A formal start date is to be arranged.

Georgina joined Epping Forest District Council after a short spell at the London Borough of Redbridge. From 2013-2018, she was Head of Customer Services at Basildon District Council, which included a period as programme director of the ‘Future Basildon’ transformation programme. The period from 2005-2014 saw her as strategic change manager at Colchester Borough Council, before which she was managing director at a luxury brand retailer, Lilestone PLC from 2001-2005. Georgina was operations manager at the White Company from 1998-2001, before which she had further retail and logistics roles dating back to 1987.

Council Leader Chris Whitbread congratulated Georgina on her appointment. He said: “Georgina is a key player in our plans to modernise Epping Forest District Council. Since her arrival last summer, Georgina has proved to be an excellent appointment. I believe I speak for all sides of the council chamber when I say how impressed we have been. Georgina has done equally well with our staff and partners, building fantastic working relationships. Not least I know how much she has also impressed our outgoing chief executive Derek Macnab who leaves us in good hands.” 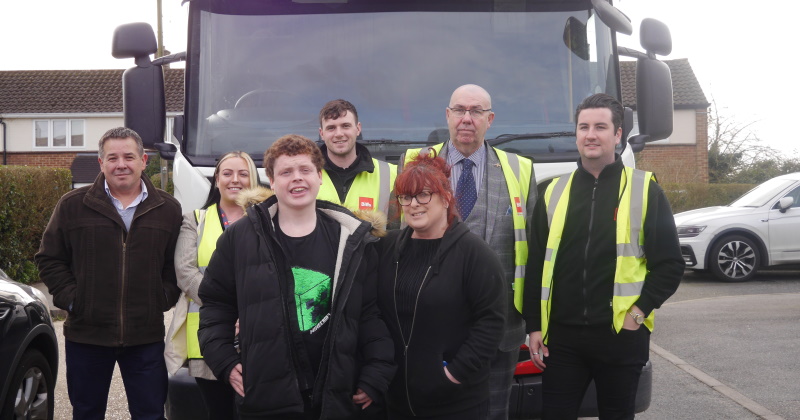