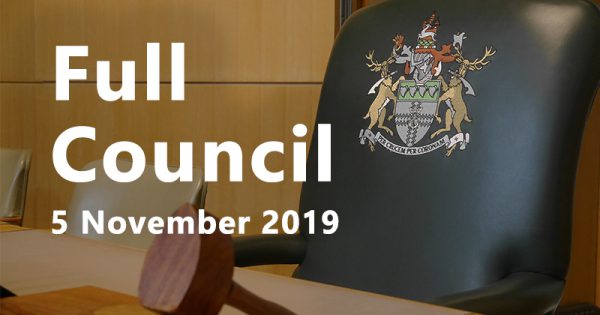 Heartfelt tributes were made to a pillar of the local community at the latest meeting of Epping Forest District Council.

Norma Green worked tirelessly on behalf of the district’s young people. Councillor Stephen Murray echoed Councillor Patel’s sentiments. Though they disagreed politically, Councillor Murray said that he adored Norma. The news of her passing was devastating.

Council Vice-Chairman Helen Kane spoke of Norma’s contribution to Waltham Abbey and the Town Centre Partnership. Helen reminded fellow members of another of Norma’s great passions – the town twinning of Waltham Abbey with Höerstel in Germany.

Councillor Janet Whitehouse remembered Norma’s help for other local charities and the work she did that few people knew of behind the scenes. Councillor Syd Stavrou recounted how Norma recruited her into local politics as her mentor and very close friend. Though they disagreed at times, Syd fondly remembered the times they shared in Norma’s library with a glass of red wine beneath a picture of Ted Heath, ‘glaring down’ on them.

Finally, Councillor Jeane Lea reminded members of the physical pain Norma bore as her back gave her more trouble during the years. Mourners from Höerstel are expected to join the congregation at a final send off for Norma Green at Waltham Abbey Church on 11 November.

Councillor Richard Bassett said a very well done to Epping and Ongar Round Table for a very successful firework display at North Weald Airfield on 2 November, despite the wind and the rain. He also invited fellow councillors to consider invitees to a special business conference on 22 November before sharing his experience of Diwali the previous week.

Mrs Deborah Rye asked councillors for views on the delay to ‘emergency’ embankment works on the London Underground line between Chigwell and Grange Hill. Responding to the question, Councillor Alan Lion said that Transport for London describe the work as ‘urgent’ rather than emergency and that the condition of the embankment is being electronically monitored.

Councillor Lion was sympathetic to residents and their request for more communications with TfL. He commiserated with the frustration residents must have and assured Mrs Rye of the Council’s efforts to encourage TfL to engage.

Among other business, Council Leader Chris Whitbread provided updates on next year’s budget, St John’s Epping redevelopment, the accommodation review on the Civic Offices and the planned creation of Local Authority Development Companies. He invited fellow councillors to scrutinise progress over coming months.

Assets Portfolio Holder Aniket Patel reminded councillors of the briefing he provided to Cabinet a few days previously. Three companies are planned, a service company to maintain the Council’s housing stock, a development company to build new homes and commercial properties and an investment company to manage the council’s investment.

Communities Portfolio Holder Nigel Bedford said that Essex Police Chief Constable BJ Harrington took part in operational policing in Epping Forest on Halloween. He described the extensive police operation including district-based officers paid for by the Council. He was happy to confirm that continued funding of the police community hub would be part of the Council budget being prepared for next year.

Other questions at Full Council included requests for details on the accommodation review, the Local Plan, an action plan for the climate change emergency, utility and contractor damage to roadside verges and pavements, electric car-charging points and more questions about TfL and the Central Line. Projects Portfolio Holder Councillor Alan Lion suggested TFL be invited to a forthcoming meeting of Overview and Scrutiny where councillors could put their questions directly.

Councillor Chris Whitbread confirmed that he had that day met with representatives from North Weald Parish Council and provided a cheque for £50,000 in recognition of the local role to be played by a Customs Hub on the airfield as part of Brexit preparations.

Councillors approved a motion by Councillors Stephen Murray and Steven Neville that;

Councillors agreed that the provision for members of the public to speak in connection with planning applications at District Development Committee and Plans Sub Committees should be extended to Full Council as well. The Moreton Bobbingworth and Lavers Neighbourhood Plan was ‘made’ adopted as part of Epping Forest District Council’s statutory development plan.