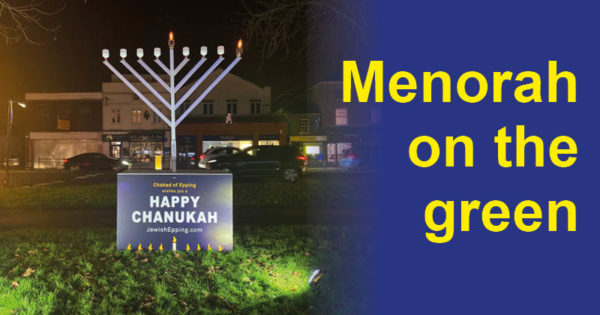 Menorah on the green

At sundown on Thursday 10 December a giant Menorah (candelabra) was lit on the green in Epping to mark the start of the Jewish Festival of Chanukah.
It is the first time the festival has been marked in this way in the town, and has been brought about by Rabbi Yossi Posen and his wife Rivka who direct a Jewish Community Centre – the Chabad Centre – serving the town and wider areas of West Essex.

Epping Forest District Council Chairman Helen Kane was among those attending the switch on. 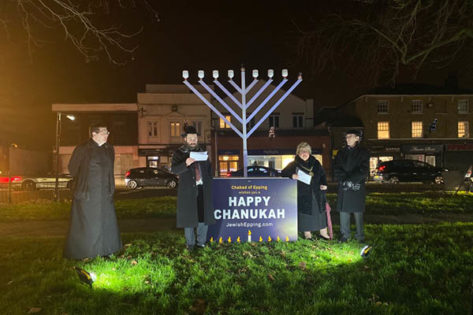 One of the icons of this festival is the eight-branched Menorah which is lit each night of the festival as a symbol of peace, harmony, freedom of religion and freedom from oppression.

Public Menorahs stand in thousands of communities throughout the world including some very prominent ones on the White House lawn in Washington, in front of the Eiffel Tower in Paris and in London’s Trafalgar Square.

We are so happy that Epping is now on the map of communities that display a public Menorah thanks to the efforts of the council, our local community and the work of our Chabad Centre.

In a normal year the candle lighting ceremony would be a festive event, with music, food, entertainment and more. But this year due to Covid-19 it was livestreamed to the Jewish community with just a few people attending, including Cllr Kane.

Diverse faith groups in our district

It was a delight to be part of this inaugural ceremony recognising the festivities of one of the many and diverse faith groups in our district.