At the first ever virtual Annual Council meeting on Thursday 21 May, councillors and officers logged in from their homes.

Handing over his chain of office, outgoing Chairman Richard Bassett said he and his wife Sue had enjoyed 2 years in the role, describing it as a tremendous time.

I tried to attend as many things as possible and met an amazing number of wonderful people. 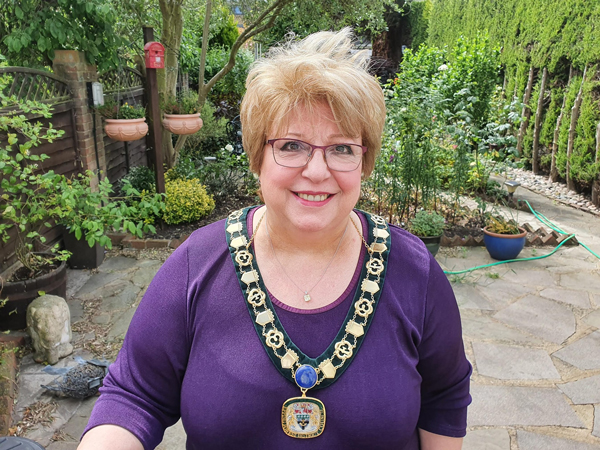 Accepting the role, Cllr Kane said because of social distancing it would be some time before she could start attending events or fundraising. So this year she has decided not to support one or two specific charities but to concentrate on the many smaller charities and community groups that are working so hard across the district helping others through the COVID crisis.

We owe a lot of thanks to many people, our refuse collectors, postmen and all those on the frontline as well as our officers who are mostly working from home at this time.

They are doing an excellent job issuing business grants, food parcels and setting up and running these virtual meetings for councillors, all on top of doing their normal work.

Cllr Kane first became involved in local politics in 2009 as a Waltham Abbey Town Councillor and served as the Town Mayor for 2 consecutive years. She was elected to Epping Forest District in 2012.