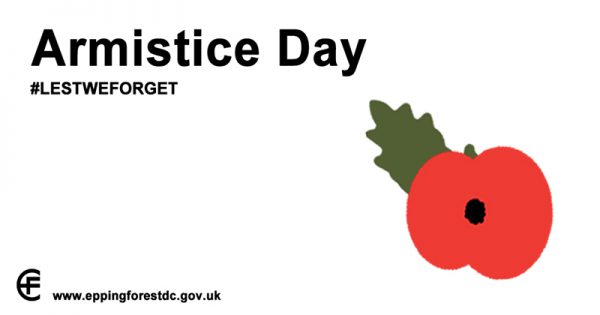 Paying our respects across the district

“Remembrance honours those who serve to defend our democratic freedoms and way of life. We are united across faiths, cultures and backgrounds to remember the sacrifice of the Armed Forces community from Britain and the Commonwealth.

“This year, The Royal British Legion is asking for communities across Britain to ‘Remember Together’ the service and sacrifice, friendship and collaboration of the men and women of Britain, the Commonwealth and Allied nations who fought together in two World Wars.

“So, it is fitting that those who have made the ultimate sacrifice in these and many other conflicts since, are remembered on memorials and through Remembrance services today.

“As Chairman, and along with other representatives from Epping Forest District Council, we are honoured to be laying wreaths across our district today in their memory.”

Cllr Bassett will be representing the council at services in Epping, Nazeing and North Weald.