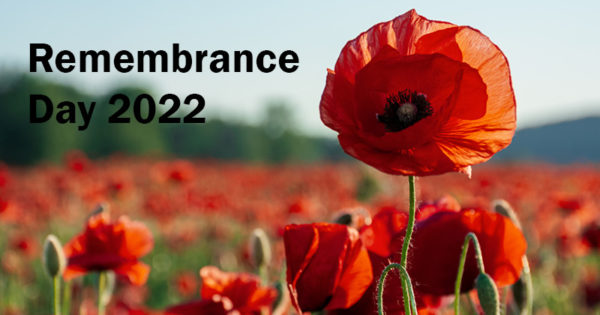 It is a national opportunity to remember the service and sacrifice of all those that have defended our freedoms and protected our way of life.

We remember the Armed Forces, and their families, from Britain and the Commonwealth, the vital role played by the emergency services and those that have lost their lives as a result of conflict or terrorism.

To mark the occasion, we will be lighting the Civic Offices in Epping red from Remembrance Day on Friday 11 November through to Remembrance Sunday on 13 November.

This year 56 Squadron, led by Wing Commander Richard Podmore will be joining us for the first time since they received the Freedom of the District.

On Sunday, after laying a wreath at her local church, St Peter’s, Roydon she will be attending the Epping War Memorial for a short service and wreath laying and then take the salute for the march past.

Proud to play our part

Remembrance honours those who serve to defend our democratic freedoms and way of life. We unite across faiths, cultures and backgrounds to remember the service and sacrifice of the Armed Forces community from Britain and the Commonwealth and as a council Epping Forest District is proud to play its part every year.

Other councillors and past chairmen will be attending services and laying wreaths at various locations across the district.

North Weald Airfield became the base of 56 Squadron in 1927, one of the most distinguished units of the RAF.

56 Squadron became the community and heritage of the district and by 1939 it was equipped with new hawker hurricane fighters. These hurricanes covered the retreat from Dunkirk and were among the first committed to the Battle of Britain.

56 Squadron went on to operate from the airfield for 13 years.

Today visitors entering the airfield are reminded of this period by a replica of a Hawker Hurricane in 56 squadron markings.