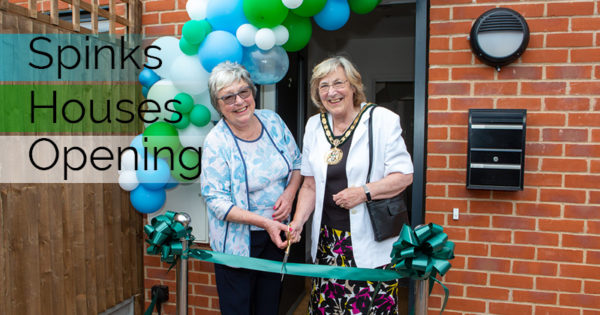 The completion of this unit marks the end of phases 4.1 and 4.2 of the Council’s housebuilding programme, which aims to provide around 300 new affordable rented homes by 2024. These homes will supplement the existing stock of around 6500 properties and help house some of the 1,500 people living within the district and waiting for a home on the housing register.

All the homes that are part of this project are fitted with energy saving materials to help tenants with their energy bills. The houses have thick wall and roof insulation and tight seals on windows and doors to keep heat inside.

On Monday 5 September the houses were officially opened at a small celebration, which included Epping Forest District Council (EFDC) Councillors and staff who had worked on the project.

The houses are named after former EFDC Chairman, Don Spinks. His widow, Cllr Liz Webster, who was Chairman of the Council in 2015, cut the ribbon as guest of honour along with current Chairman, Cllr Mary Sartin.

Cllr Liz Webster said she is ‘very proud’ that her husband’s name is being used for these new homes. 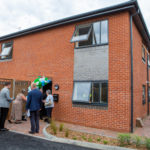 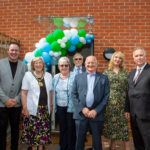 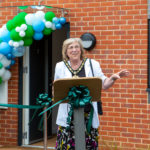 Ahead of the game

The Chairman of the Council, Cllr Mary Sartin said:

I was delighted to be a part of this opening event. These new properties are way ahead of the game in terms of energy efficiency and helping to keep energy costs low, something which has become increasingly important to us all.

I am so pleased that these beautiful homes will act as a memorial for the late Cllr Don Spinks, who played such a big part in Waltham Abbey and across the entire district.

This new development is part of a wider project and shows once again how the Council is committed to delivering affordable housing for local people. It is wonderful to see these new family homes in the heart of Waltham Abbey.

Don Spinks, who passed away in 2007, was an Epping Forest District Council Councillor for 13 years in total and was elected Chairman in 1992 – ‘93.