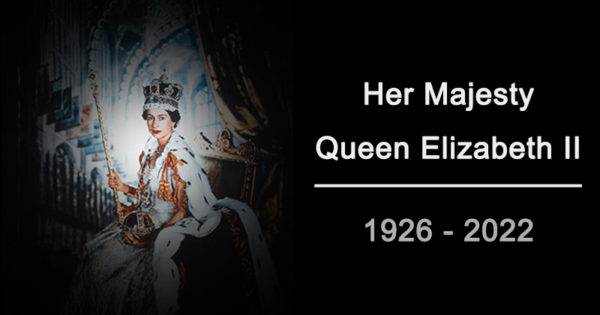 Her Majesty The Queen Elizabeth II

Flags are flying at half-mast and non-essential business has been suspended as councillors and staff of Epping Forest District Council pay their respects to Her Majesty Queen Elizabeth.

Floral tributes may be laid at Epping War Memorial. Residents may prefer to make a donation to one of the registered charities of which Her Majesty was a patron.

Details of the charities can be found on the Buckingham Palace website.

Councillor Mary Sartin Chairman of Epping Forest District Council has written on behalf of the District to the Private Secretary to His Majesty The King and the Royal Family.

It is with great sadness that I write on behalf of the councillors and residents of Epping Forest District to offer our deepest sympathy and condolences to His Majesty The King and the Royal Family on the loss of Her Late Majesty Queen Elizabeth II.

For more than seven decades as Queen, Her Majesty has personified and represented the finest qualities of Great Britain. With her late husband, The Duke of Edinburgh, Her Majesty strode upon the World Stage, bringing joy, comfort and inspiration to millions of people. Her influence extended across the globe. She was known, loved and admired everywhere. No Country could claim a better sovereign or head of state.

The loss of Her Majesty will be felt throughout the Commonwealth and the World.

The passing of Her Majesty brings a remarkable era to an end. When historians look back on the second Elizabethan Age, they will reflect on a world changed almost beyond recognition during the long life of The Queen.

Her Majesty was brought up in the tradition of humility and service. The young Princess Elizabeth grew up during the uncertainties of the 1930s. She followed the example of her father, the late King George and the Queen Mother. Even at the young age of 18, her qualities were recognised, and the law was changed so that she could act as a Counsellor of State if her father should be incapacitated.

On 6 February 1952, Her Majesty ascended to the throne as Queen Elizabeth II. From that day, Her Majesty became a reassuring constant in a rapidly changing world. Her reign will be defined by technological revolution and social change unparalleled in human history. She led the people of Great Britain and the Commonwealth throughout with empathy and grace. With modesty and dignity, she helped to steer Britain from Empire into the modern world.

Her legacy is immense but incalculable.

As our new Sovereign steps forward to accept the heavy burden borne by her Majesty, please assure him of the continuing loyalty, affection and best wishes of his people. 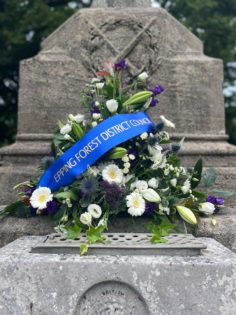 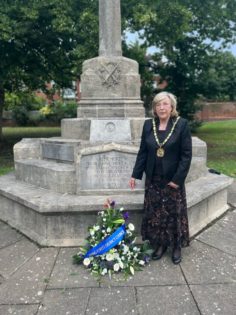 The Chairman of Council leaves a floral tribute for Her Majesty at Epping War Memorial.

Constitutional Process and the Proclamation

Flags are lowered to half-mast until 1100Hrs on Proclamation Day when they will be raised to coincide with the reading of the Principal Proclamation. Flags will be lowered again to half mast on the following day and remain lowered until the day following the funeral.

The Accession Council meet at St. James’s Palace to proclaim the new Sovereign.

The constitutional process of succession has evolved over more than a thousand years. The Proclamation of the new Sovereign will take place a St James’s Palace in London, to be repeated on the following day in Edinburgh, Cardiff and Belfast. These will be followed by local county, district and parish proclamations including the formal Proclamation to the People of the District of Epping Forest of the beginning of the new King’s reign.

As the Country enters a period of mourning, non-essential events are expected to be cancelled or postponed.

The funeral service will be led by the Archbishop of Canterbury, and will be attended by the royal family, politicians and heads of state from across the globe. The Sovereign’s coffin will lie in state at Westminster Hall before being processed to either Westminster Abbey or St Paul’s Cathedral for the service.

There will be a National Silence on the day of the funeral. The Chairman of Council will lead the two-minute Silence for the District in an appropriate public place.

Letters and Book of Condolence

Online books of condolence will be opened on council websites.

A physical book of condolence is also to be opened to members of the public at the Civic Offices, High Street, Epping between the hours of 9am and 5pm.

An Epping Forest Act of Remembrance is to be convened. Details of time and venue will be published on the Epping Forest District Council website.