Operational flying first began at North Weald Airfield in 1916, with more than 50 squadrons from seven nations flying from this historic airfield over 100 years. North Weald Airfield was established as a Night Landing Ground for 39 (Home Defence) Squadron in the summer of 1916 during the First World War to combat the Zeppelin airship raids.

In April 1918 the Royal Flying Corps merged with the Royal Naval Air Service to form the Royal Air Force. By then North Weald was a Home Defence Flight Station. Major A T Harris was Commanding Officer of 44 Squadron which disbanded here in 1919. With the immediate threat of war over, North Weald Airfield was put under care and management, becoming largely inactive.

Reopening in 1927, as the threat of a future war was recognised, North Weald Airfield became base of 56 Squadron, one of the most distinguished units of the RAF, once again becoming a front-line fighter station.

56 Squadron became the community and heritage of the district and by 1939 it was equipped with new hawker hurricane fighters to which North Weald has become most closely associated with.

These hurricanes covered the retreat from Dunkirk and were among the first committed to what has now become known as the Battle of Britain.

56 Squadron went on to operate from the airfield for 13 years.

Today visitors entering the airfield are reminded of this period by a replica of a hawker hurricane in 56 squadron markings. Which has come to represent the spirit of North Weald.

Freedom of the District

The Squadron was formally awarded the Freedom of the District at a special council meeting on Tuesday 24 April 2018 at the Civic Offices, where the freedom scroll was signed by the EFDC Chairman Dave Stallan and the Squadron’s CO W/Cdr Matt Fleckney.

The Squadron then paraded through North Weald on Sunday 10 June.

Norwegians and the people of the District

On the 4 May 1942, 331 (Norwegian) squadron arrived at RAF North Weald, with the first operation taking place on the 17 May 1942. Closely followed by the second fighter squadron 332 (Norwegian), which having formed on the 16 January 1942, moved down to RAF North Weald. This formed the North Weald Wing, which later became 132 Norwegian wing.

During the period autumn 1942 to spring 1944, the squadrons carried out numerous offensive operations from North Weald.

The subsequent 2 year stay resulted in the Norwegians regarding North Weald as there second home and a forming of a close bond with the district community.

In 1992 the former RAF North Weald Officers mess, was renovated by Epping Forest District Council for use as a homeless personas hostel and renamed Norway House to commemorate the young Norwegians home it was.

One of the Norwegian veterans stated:

It is fitting that this building that provided a home for us homeless people, is today once again providing such a service

A mutual friendship between the Norwegians and the people of the district, in particular North Weald, stretches back over 70 years.

Getting a Spitfire ready - North Weald 1942
Relaxing on what is now Norway House
Norwegians team - North Weald 1943
Norwegians take of another mission.
Norwegians and friends celebrate outside Kings Head on VE Day
Norwegian group beside Norwegian Stone at North Weald Airfield Memorial. 17 July 2019.
Norwegian ground personnel start long Journey back to Norway 7 May 1945.
Hurricanes and spitfires of RAF Battle of Britain Flight return to airfield
Gate Guardian at North Weald Airfield - Hurricane
Head of RNAF and personnel from today’s 331 and 332 Squadrons, with Spitfire in dispersal area their veterans flew from in WW2. 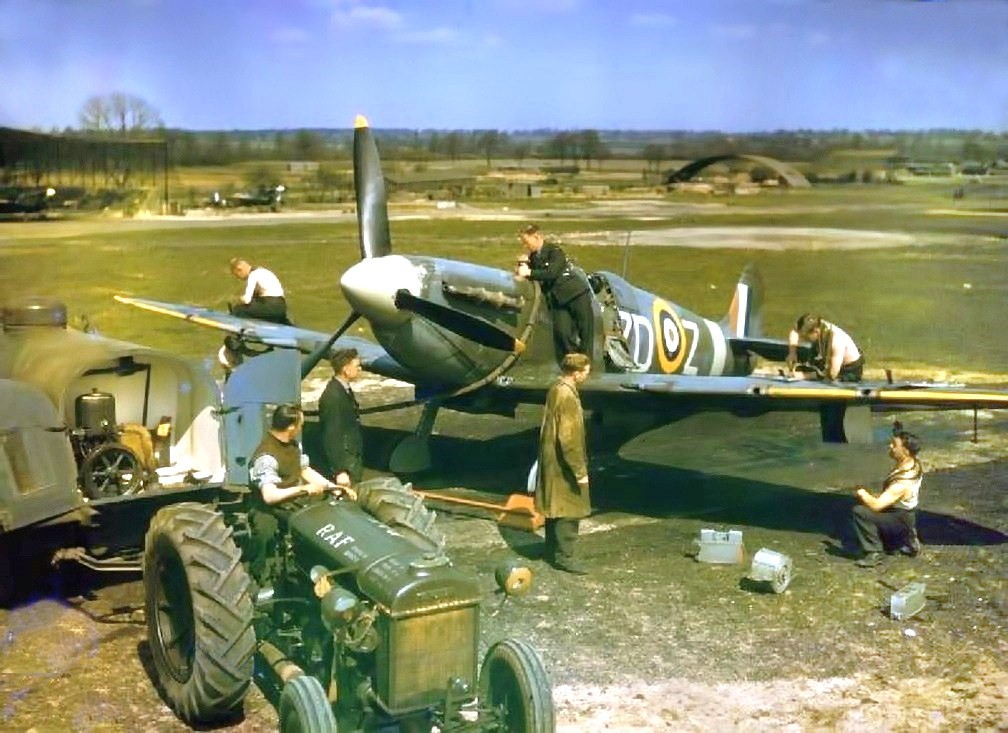